Thank-you for visiting our new KISES India website.
In our Past Projects section you will find information about some of the good works done since the formation of Kiranmayi Socio Educational Society as a voluntary organization in 1999, focused on the Khammam and Krishna districts of Andhra Pradesh.
For the past few years KISES has been concentrating its efforts on a humanisation programme for children and families living and working on the Vijayawada city dump. A temporary school and care centre has been replaced by a more flexible approach to supporting these marginalised and often shunned people – a mobile school, combined with daily nutritious meals, fresh drinking water and regular health checks was put in place, thanks largely to support from volunteer fundraisers in the UK. Please join our campaign to bring hope for the future for these marginalised children by donating at the top of the Home page. Thank you.

THE founder of KISES, Mr Shoury Babu Rebba, was born in a lower middle class family, in a remote village of Krishna District.  Being a Dalit himself, he has experienced all kinds of social discrimination and economic backwardness ever since his childhood; and it was this experience that motivated him to work for the redressal of socio-economic evils and to establish a just society, wherein the poor and the marginalised can enjoy equality, fraternity and justice.

When Mr Babu was a child, he witnessed the massive disaster and destruction caused by the Diviseema Cyclone of 1977, in which thousands of people lost their lives and several thousands were left homeless.  These sort of bitter experiences prompted him to take up social work in order to extend his helping hand to Dalits, tribals and women, the most underprivileged sections of Indian society.

But, in order to realize one’s dreams and put one’s good motives into practice, one needs sufficient economic resources.  Since Mr Babu belongs to a lower middle class family, no such resources were available to him and he was forced by circumstances to seek employment in the banking sector and was subsequently posted to the Khammam District. There, he witnessed once again the miserable living conditions of the Tribals and Dalits, who have been suffering for generations due to oppression, discrimination and marginalisation.

Ultimately, he was forced by his conscience to put his long-cherished dream of social work into practice, though in a humble way, with programmes like literacy, savings and income-generating initiatives. He received an overwhelming response from the people he helped and went ahead to form Kiranmayi Socio Educational Society (KISES) in 1999.

Ever since its inception, KISES has been working among the Dalits, the Tribals, all the economically weaker sections of society, and starting several development activities in the sectors of health, education, empowerment of women etc – anywhere he could bring about sustainable improvement in the quality of life.  These activities included the successful rehabilitation and re-orientation of tsunami victims.

On May 4, 2021, The Guardian newspaper reported the following:
“India has passed a grim milestone of 20 million Covid-19 cases amid growing calls for the country to go into a national lockdown. On Tuesday, India reported 357,229 new cases over the last 24 hours, while the number of deaths rose by 3,449 as a deadly wave of the virus showed no signs of relenting. Many health experts believe India’s true death toll to be five to 10 times higher than official data.”

Amid this grave crisis, KISES India has stepped up its efforts to protect children and families living in the slums of Vijayawada, Andhra Pradesh. Under the guidance of KISES founder Mr Shoury Babu Rebba, a team of dedicated young volunteers has been visiting slum families in their makeshift homes, offering advice and support to some of the country’s most vulnerable people.
Once again, the emphasis has been on good hygiene and staying safe, despite claustrophobic living conditions in the slums. Thanks to a donation from KISES UK, volunteers were able to distribute food and dry rations, along with masks and hand sanitizer.
Children were once again reminded of the importance of wearing face coverings and washing hands whenever possible, but overcrowding remains a problem with large groups often sharing the same unhygienic living space. Adults are without income as they are unable to work, during the current crisis and have no government assistance.

If you feel you can help in any way please click on the DONATE button at the top of our Home page and give what you can to help India’s most vulnerable children and families. All monies received will go directly to the Emergency Relief fund, which is run entirely by volunteers.

KISES India was delighted to announce the official launch of its Mobile School, following a brief inauguration ceremony at the Vijayawada city dump.

The school is at the forefront of a campaign to bring relief to marginalised children and families living and working on the dump, whose only means of income is from ‘rag-picking’. This means that each day they sift through mountains of waste using bare hands and feet for small amounts of metal and plastic to sell to recyclers.

The mobile school is part of a wider programme which will include regular health camps and the delivery of clean drinking water and freshly-prepared food to the dump-dwelling community.

In attendance for the opening ceremony were KISES founder Mr Shoury Babu Rebba and Jem King, of KISES UK – a fundraising arm for the small Vijayawada-based NGO.

“KISES has achieved great things for some of the most overlooked and downtrodden members of Indian society since it was founded in 1999,” said volunteer Mr King.

“We have worked with these families living on the dump for several years and this new Mobile School will hopefully herald a new beginning for all their children.

“We have excellent young teachers to help introduce them to the world of education and doctors willing to come and meet the medical needs of people who live and work in the most dangerous and unhealthy conditions imaginable. 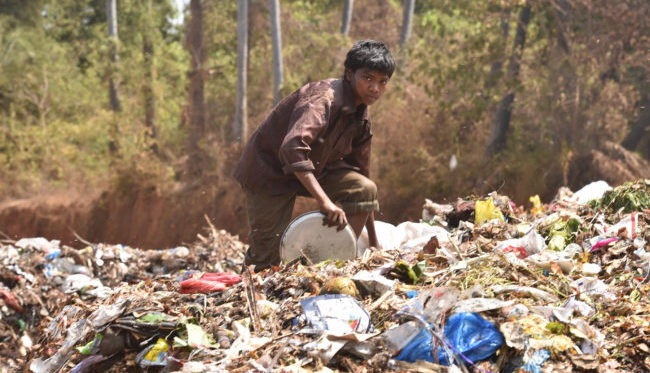 “This programme is so typical of the work KISES does with those often shunned by society and literally at the bottom of the food chain, so KISES UK is delighted to have played a part in making this possible.

“Potential donors and sponsors who are impressed by the efforts of Shoury and his wife Rajani should be aware that more projects are already waiting in the wings for funding to come along, while the mobile school will also need ongoing support.

“I would urge any companies worldwide with a social conscience to step forward and allow KISES to expand its operations for the benefit of thousands of the world’s most needy and vulnerable people – and that goes for foundations, organisations and even individuals who think they might be able to help.”

Other KISES projects already in the pipeline are a Mobile Health Clinic providing medical care to impoverished rural villagers in Andhra Pradesh, an Animal Rescue Centre and a Residential Care Hostel for children of fishermen  who are forced to spend long periods at sea.

There are also efforts to expand the KISES Mobile School Programme by acquiring additional vehicles in order to take classrooms into deprived and slum areas in Vijayawada. 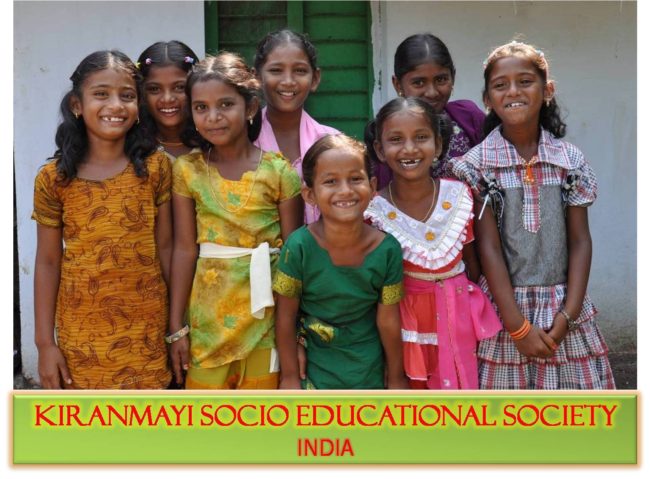 KISES India stands up for some of the poorest people in India. Please get in touch and help our mission