This period brought one striking difference to work operations, in that equal importance was now being given to House Visits along with the weekly Health Camps being conducted at  our KISES Health Care Centre  at Pedapatnam village, Machilipatnam Mandal, Krishna District , Andhra Pradesh. As a result of these House Visits, our KISES health workers found they were able to identify in time both seasonal diseases and chronic ailments in time to be treated by specialist physicians.

During June, a Health Educator and a qualified Nurse continued their village house visits on behalf of KISES and found that several people were suffering from high or low blood pressure.

Our team appealed to the villagers to observe preventive measures instead of waiting for further health complications and problems to arise. For example, many people suffer from paralysis because of their negligence in controlling their blood pressure. Such patients were advised to practice measures such as regulating food habits and taking regular physical exercise . Here are some brief case studies of villagers who were visited by the KISES health team and given advice to begin recovery from their ailments through proper medication prescribed by a qualified physician:

Rani Renuka, aged 25, was found to be suffering from low blood pressure. She was asked to attend the weekly KISES Health Camp at Pedapatnam Village, and was given a full check-up by the visiting doctor.

This 25-year-old woman was 5 months pregnant and found to be suffering from anaemia. She was taken in the Government General Hospital at Machilipatnam and treated by a gynaecologist.

This 40-year-old woman was suffering from paralysis, and is now being treated by a neurosurgeon at Machilipatnam.  She is regularly taking medicines to keep her blood pressure under control.

This lady was suffering from high blood pressure when she met the KISES healthcare team. She is now receiving the necessary medication for her condition.

Other patients visited at their homes included:

As one team of KISES health workers was busy making house visits in outlying villages, another team was working at a Health Camp conducted at our Health Centre at Pedapatnam Village.

One such camp was held on June 3, 2018, when 59 patients from Pedapatnam and surrounding villages consulted with physician Dr. Vishnu Rao, who considers his work not as a profession but as a mission. Dr. Vishnu Rao has been continuously attending the KISES Health Centre and faithfully conducting the health camps. KISES wholeheartedly appreciates Dr. Vishnu’s sense of sacrifice and his dedicated service to the rural poor. 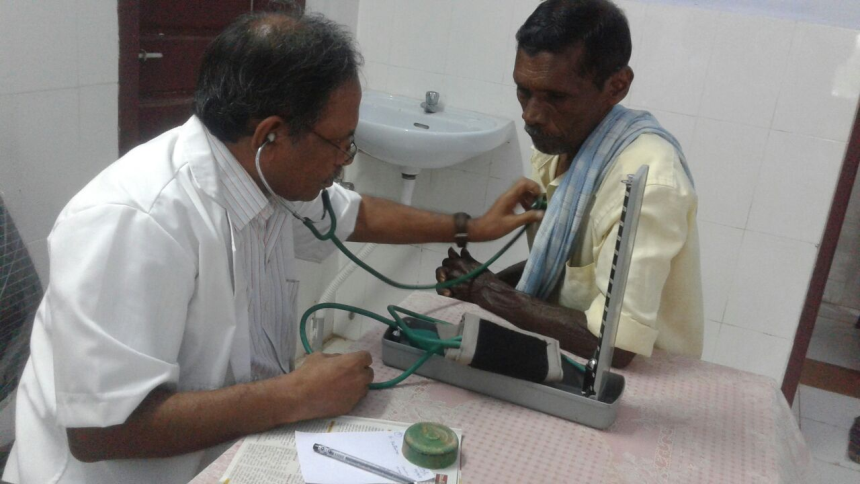 A second Health Camp was held on June 10 at the KISES Health Centre at Padapatnam. The Health Camp guided by Dr. Vishnu Rao, was attended by 69 people from Pedapatnam and 10 surrounding villages.

The third camp the following week saw 63 people attend for treatment. It was noted that many patients were suffering from illnesses caused by the transition period of seasons. 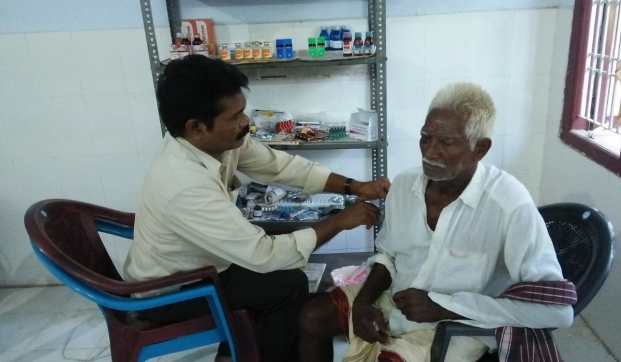 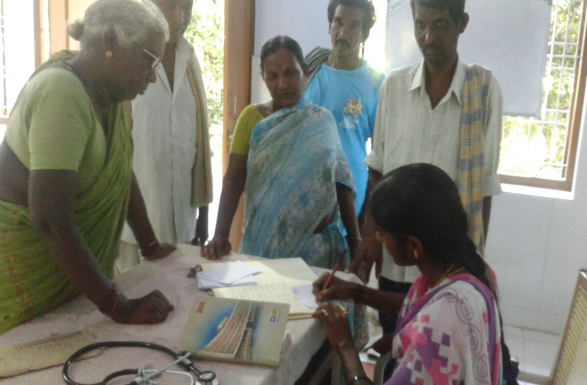 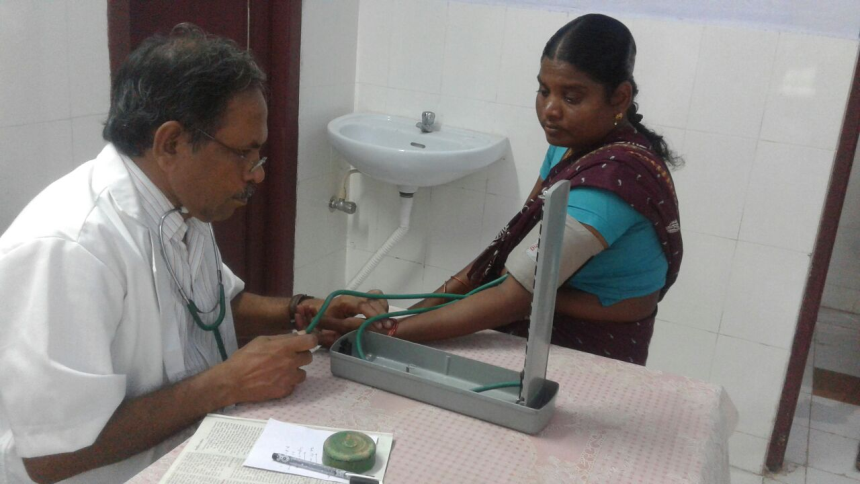 In total during that month, five KISES Health Camps were held, all conducted by Dr. Vishnu Rao as chief medical officer, along with the assistance of qualified nurses. 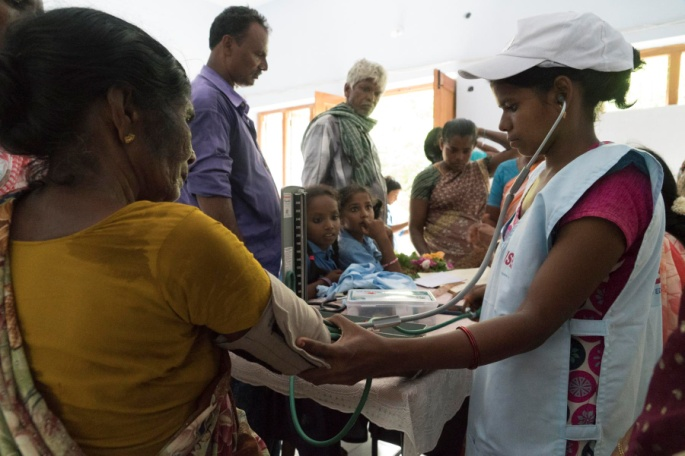 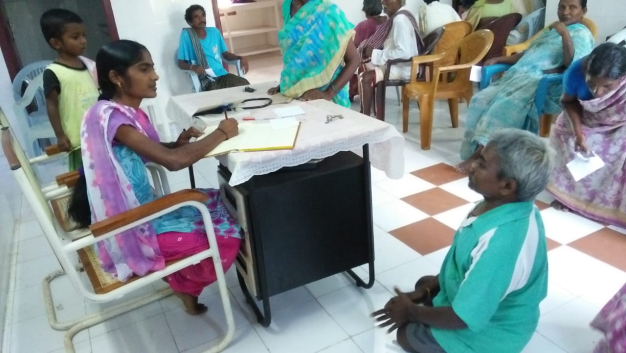 Four more Health Camps were held at the KISES Health Centre, Pedapatnam during August 2018. The following are dates and the number of participants in each health camp.

With the dedicated service of Dr. Vishnu Rao, who inspite of many difficulties decided to work for the good health and well being of the poor, we were able to continue conducting health camps through September at our Health Centre at Pedapatnam village. Between 50 and 60 patients were seen on each occasion. 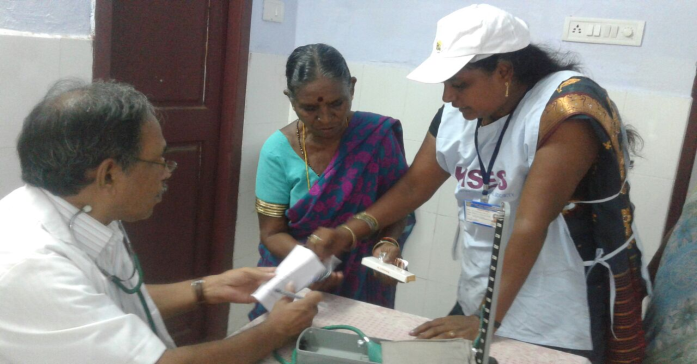 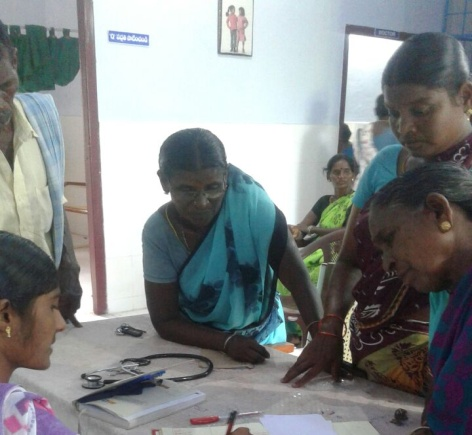 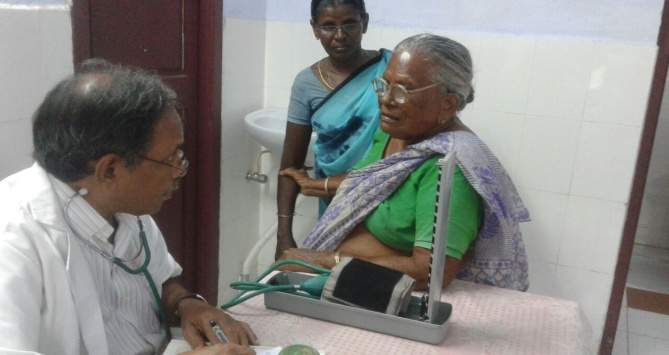 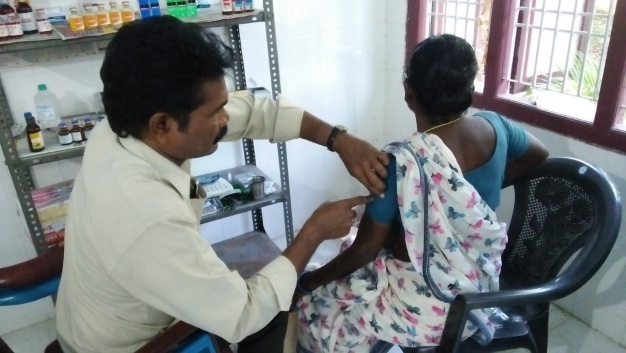