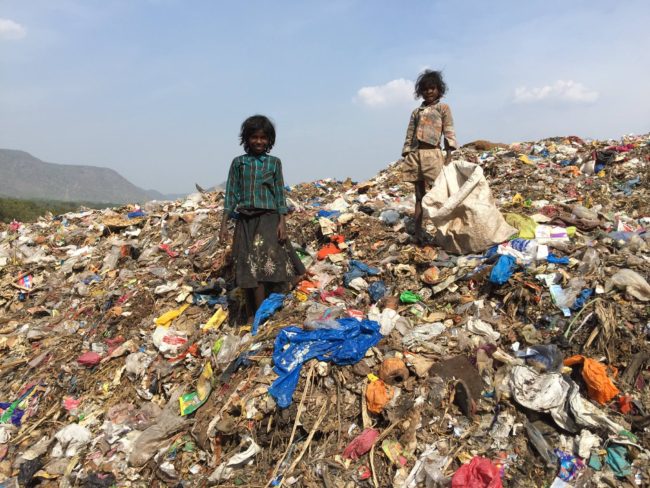 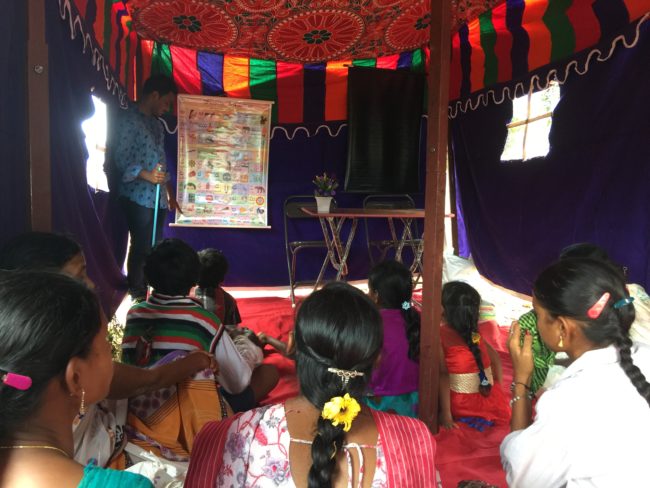 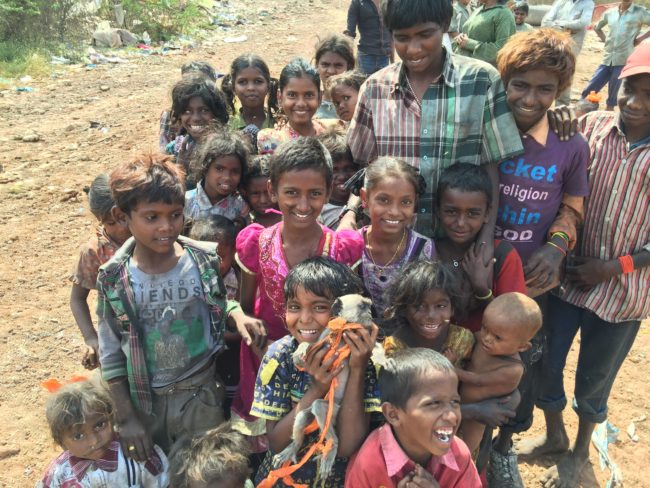 Families living on dump yards are the victims of urbanization and, through no fault of their own, children find themselves at the receiving end of highly discriminative and exploitative socio-economic systems, in which the rich become richer and the poor become poorer. Ultimately, these downtrodden and marginalized people are rejected and shunned by members of mainstream society. They face a constant battle for survival and, although resourceful and hard-working in their daily lives, are unable to lift themselves out of extreme poverty or afford access to proper healthcare and education.

The children, who are being born and brought up literally within a mountain landscape of discarded waste and filth, are denied their right to a dignified life. Their health inevitably suffers, some do not survive into adulthood, and they miss out on their basic right to an education – a scenario which results in an endless cycle of crippling generational poverty. 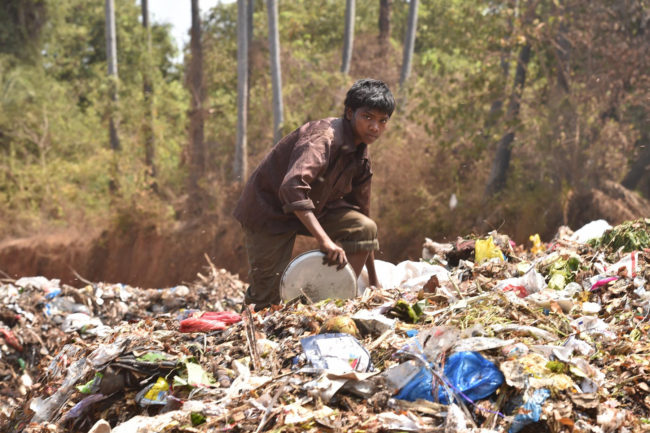 After making deeper studies of the situation at the dump and analysing the lives and living conditions of the children and families at the city dump yard of Vijayawada, KISES has drafted a initial project proposal, aimed at providing the children both dignified living conditions and primary education. The proposed residential hostel and classrooms were planned to take care of the children’s material and intellectual needs i.e., food, nutrition, clothing and all the required educational material. Thus, we hoped to be able to safeguard their right to a dignified life and their right to education.

However, the original plan for a temporary school was beset by difficulties. A typhoon caused structural damage to the lightweight building, as well as the nearby sanitation facilities. But the main issue emerged when local authorities moved the dump yard away from its Pathapadu site, forcing families to pack up and seek work elsewhere. In their absence, vandals and thieves moved in and dismantled what was left of the temporary school!

Undeterred, KISES India stayed in touch with as many of the families as possible and looked at other options with their fundraising partners in the UK. It was eventually decided to abandon the temporary school idea and purchase a sturdy off-road vehicle which could provide school and health facilities at any site.

A vehicle was purchased and, with the dump and many of the families now having returned to Pathapadu, a KISES Mobile School was started in November 2017. A driver, teacher and doctor have been sourced so that the children at the dump are able to receive health care, food and water and daily lessons in the classroom. 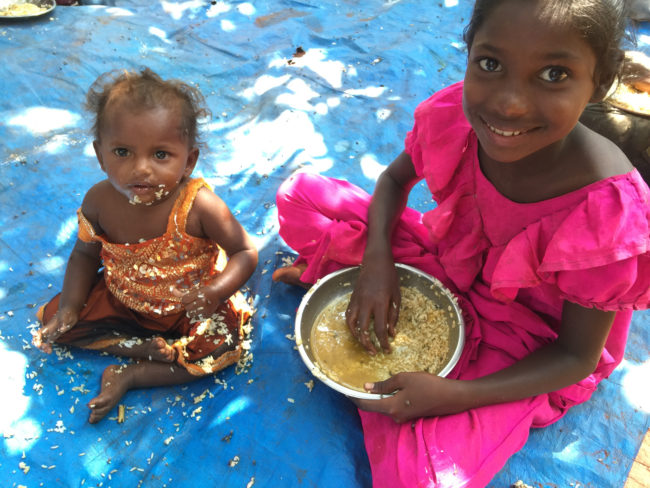 Approximately 50 children of the families which depend on the dump yard and live in and around the dump in small huts made out of material found among the waste. Though the direct beneficiaries of the residential school are the children of the rag-pickers, indirectly, their parent’s family members and society in general will be benefited. 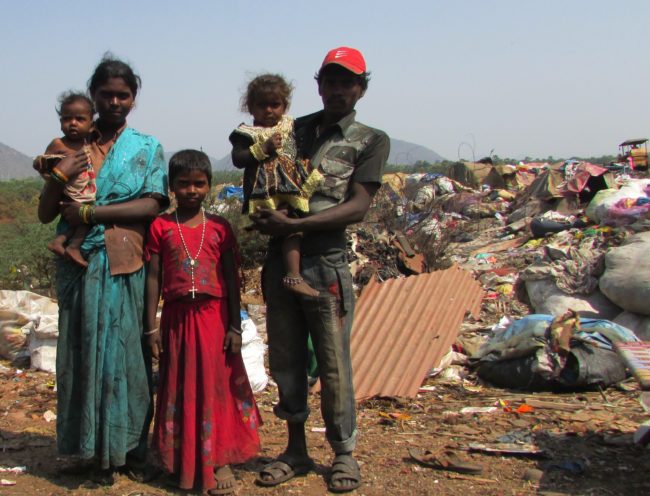 The duration, initially, will be five years, during which all the children will be helped to go through the bridge courses and join into regular schooling. Most of the children may be given tuition facility at a residential hostel, depending upon funding, along with provision of nutritious food and clothing. Some others may be admitted into residential education programmes in partnership with other like-minded charitable organizations, such as HEAL (Health and Education for All). 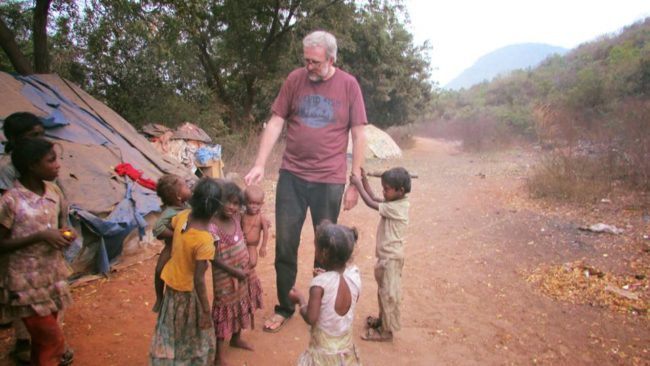 In addition to working alongside other sympathetic NGOs within India, KISES is grateful to have the ongoing support of two social activists from the UK. They have set up a fundraising website (KISES UK) and are helping our organization, propagating our project among like-minded people and gathering support, both moral and financial, to redeem the children from the dehumanising dump yard at Vijayawada. 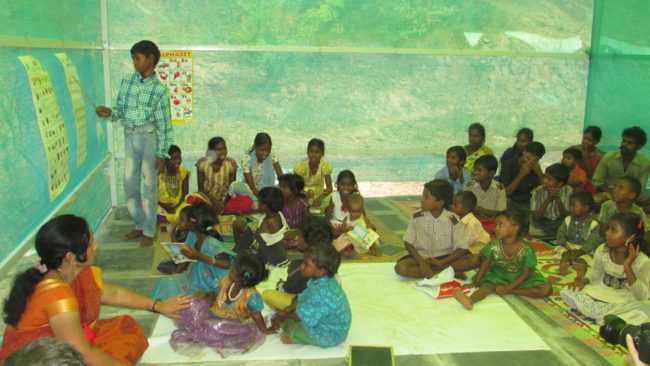 Sustainability of the project:

Making use of welfare programmes launched by the local State Government and national projects aimed at promoting literacy, discouraging child labour etc – will be a reliable source of support to our project – and enable us to achieve our goals of safeguarding the rights of the dump yard children to a dignified life and education. 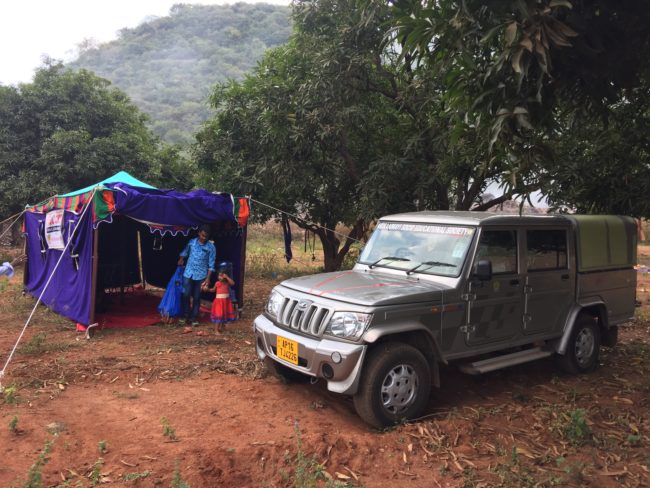 KISES must also count on contributions from like-minded people in the national and international communities who recognise the worthy nature of our cause. We have had support from international donor agencies to help with funding past projects in flood-hit coastal regions and will be looking once again for a positive response and economic support from abroad. 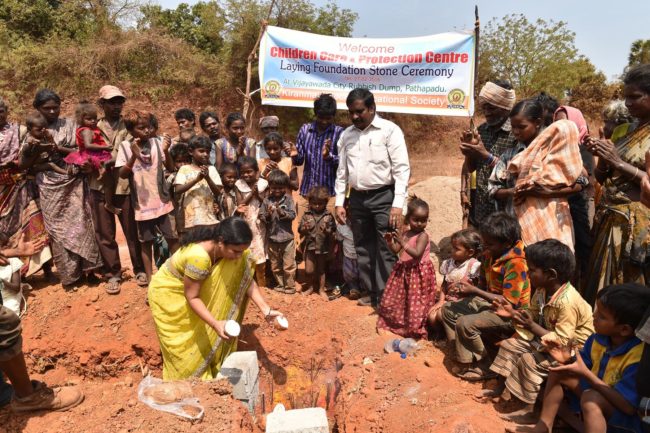 Thanks to the generosity of a local landowner, KISES was able to relocate families living directly on the dump to an area of nearby land which had been cleared and flattened. The first stage of construction, funded by KISES UK, saw the creation of a Care Centre/School building where children could be given regular morning and midday meals and experience their first small steps into the world of education. 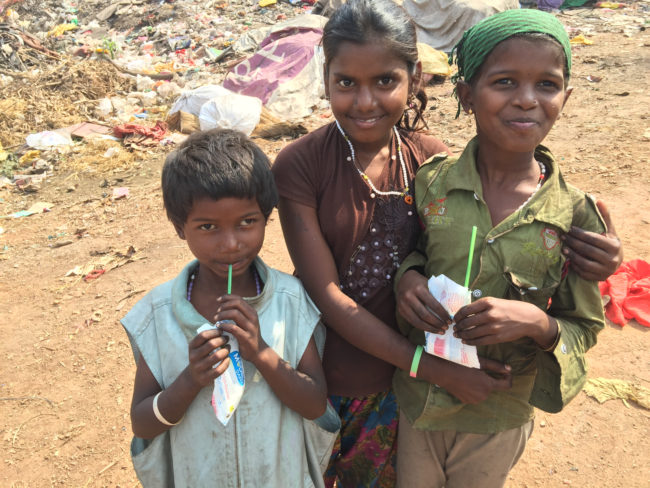 We felt it was important to remove the children from their daily rag-picking duties on the dump so that they could attend school and this was achieved in agreement with the families and their spokesmen.

Staff were employed for teaching and the preparation of food at the Care Centre, which was also attended by some of the younger adults, many of whom are keen to learn new skills. Taking on board basic language and numeracy skills will, we hope, be a springboard towards finding them vocational training and allow them to escape from the dump and its dangers. 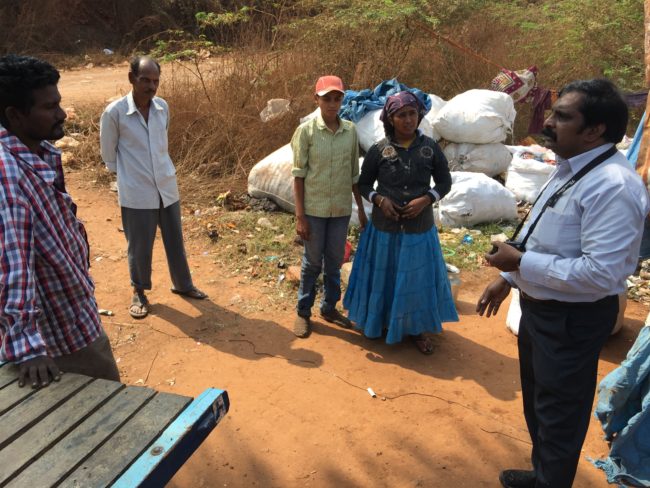 In addition to the school, a sanitation block was erected and a bore was dug to provide clean water. Plans were put in place to offer improved living accommodation for the families and to run health camps and clinics to address urgent medical needs, while continuing a feeding programme.

The educational programme got off to a good start, with an excellent response from both parents and children, but the latter part of 2016 was beset by problems which have disrupted the KISES Humanisation Programme. First, the local authorities moved the dump site into the city from Pathapadu with no warning and it was not until some months later that the dump site returned to Pathapadu. Secondly, some of the temporary structures erected by KISES were damaged in a severe weather. 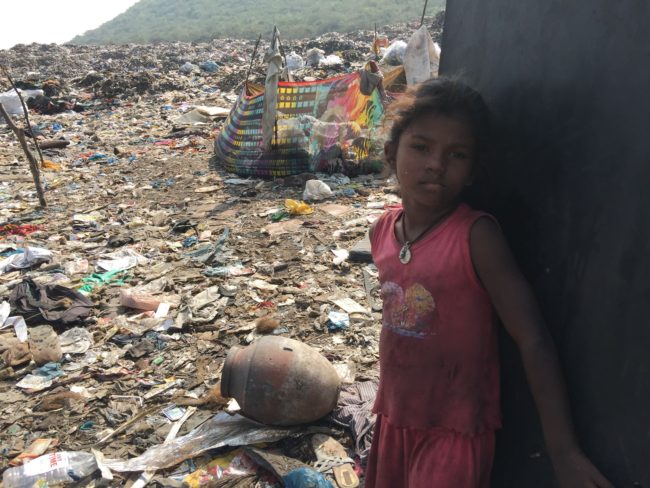 However, with the invaluable support of a UK company, Conservatory Outlet, KISES was able to provide an emergency feeding programme for those families unable to earn even the most basic wages during this transitional period.

On a more positive note, a brother and sister who had been living on the dump were admitted to HEAL Paradise Village, a residential educational campus where children from severely disadvantaged backgrounds receive free full-time education for the duration of their school lives. 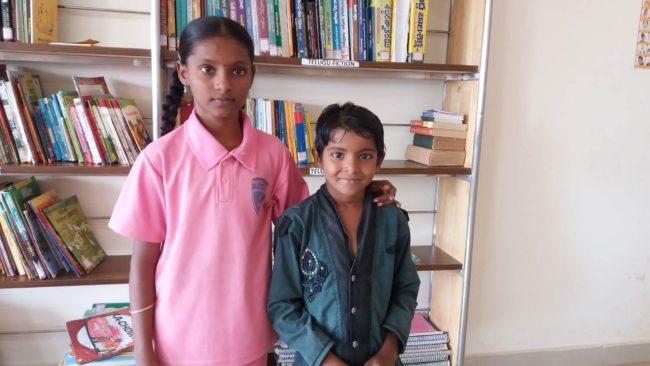 They can even be supported through further education to ensure a future free from poverty for themselves and their families. KISES will continue to work closely with their partners at HEAL (Health and Education for All) and hope to submit further dump children for admission to Paradise Village at the start of the next academic year.